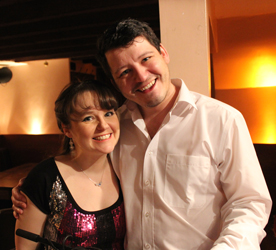 Show Off! will be celebrating its 6th anniversary on Friday 4 March 2016. Sarah Lark will be hosting, with Nathan Martin at the piano. (The photo here is of Sarah and Nathan at Show Off! on 22 January.)

We have also just added some new dates to our calendar.

The final Show Off! night of 2015, on 11 December, was a lovely celebration of musical theatre, Christmas and at least three birthdays! After a short break, we are now looking forward to 2016.

The final Show Off! night of 2015 will take place on 11 December 2015. Matthew Gent will be hosting, with Nathan Martin at the piano.

It has been a busy year for Show Off! We celebrated our fifth anniversary in March, and saw Gus Gowland and Chris Jacklin make their hosting debuts and Jordan Li-Smith and Mark Smith make their first appearances as guest MDs. We have also welcomed many new friends to Show Off! 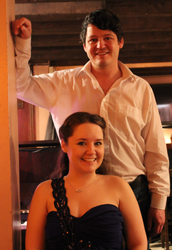 Show Off! will next take place on Friday 30 October. Since we will be singing into the wee hours of Halloween, it seems only fitting that we once again observe the occasion by encouraging everyone to dress up as a musical theatre character.

We will of course welcome everyone, whether dressed up or not, but we hope that many will take advantage of the opportunity to take on a new musical theatre persona. 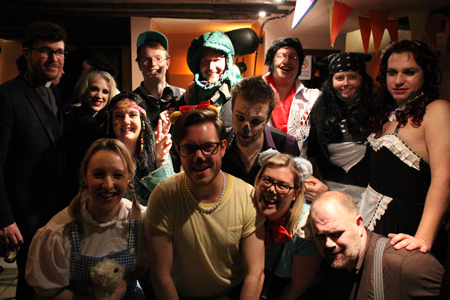 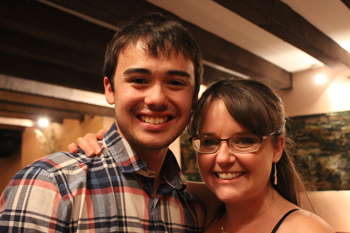 Jordan Li-Smith made a smashing Show Off! debut on 7 August, stepping in as MD. It was particularly fun to see Jordan reunited with Sarah Lark, with whom he appeared on I'd Do Anything and in Oliver! We are delighted to have welcomed Jordan to the Show Off! family.

Sarah will be hosting again on 21 August, with Show Off! MD Nathan Martin at the piano.

In other news, we have a new mailing list! You may sign up for occasional Show Off! updates only, or also for updates regarding other projects from Show Off! producer This Stage Limited.