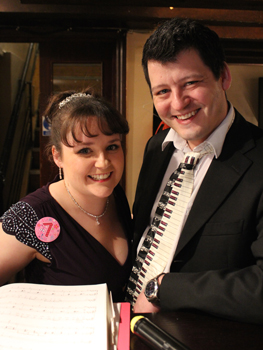 Show Off! celebrated its seventh anniversary on 3 March 2017. Sarah Lark hosted, with Nathan Martin at the piano, and Show Off! hosts Gavin Brock and Chris Jacklin also joined in the celebration.

We were joined by a great many Show Off! regulars, as well as several first-timers. It was a particularly joyous night. 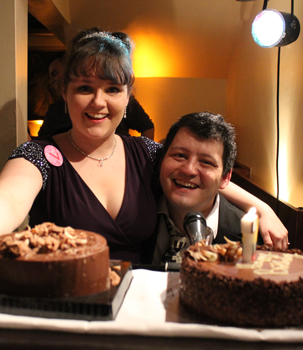 It was lovely to get to celebrate Show Off!, and the many friendships that it has started, with so many people who have made Show Off! what it is. We are grateful to everyone who has been a part of Show Off!, as part of the team or as an attendee. Special mention must go to Show Off! Musical Director Nathan Martin, who was with us on our very first night in March 2010 and has been at the piano for most of our nights since then.

We are very much looking forward to kicking off our eighth year on Friday 17 March.